Some 43 years ago I visited Chiangmai in a post-school group tour. We went there recently and on arrival at the airport we bumped into Mr. Monthian who took us on tour right away. He speaks some English, Malay and Cantonese for he was a construction worker for two years at Kulai Spring 10 years ago. Now, he is a tour agent.

On the last day of the itinerary, after seeing the long neck village we headed for the Golden Triangle where the borders of Thailand, Myanmar, and Laos meet. 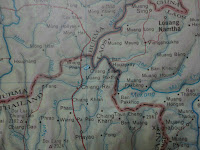 In a high powered long boat on the upper reaches of Mekong River at northernmost Thailand we saw casinos along the river banks in the border of Myanmar and Laos. Casinos are not allowed in Thailand. Malaysia boleh!

Myanmar border on left side of boat, Laos on the right.

The casinos of Donsao outback, Laos in the far distant (L) and closer look (R).

Our boat crossed the Mekong to Dansao in the Laos border. Permits to Donsao riverbank market were paid on the spot when we landed on the banks. The market is not visible from the casinos (blocked by jungle trees and growth) which are about 1km upriver. It was a haven for handbags brought down by river Mekong from China.

Many of the  makeshiftstalls sell various poisonous snakes preserved in bottles of whisky ready to be served. The vipers' juice are good for the male libido they claimed! (Due to low disk space, more pictures failed to be uploaded).

Tourism in Thailand is much far ahead than us in terms of planning and preparedness  of facilities, hospitality, maintenance of cleanliness, and use of natural settings.

PAINTINGS AT ITS BEST FROM IRAN: Part I 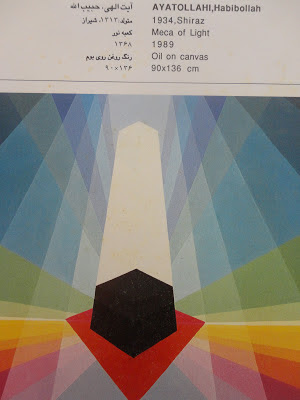 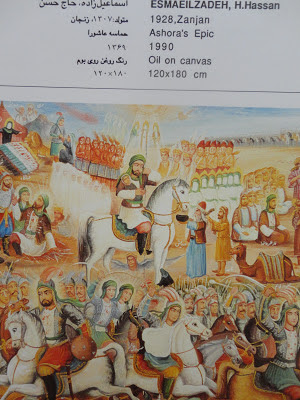 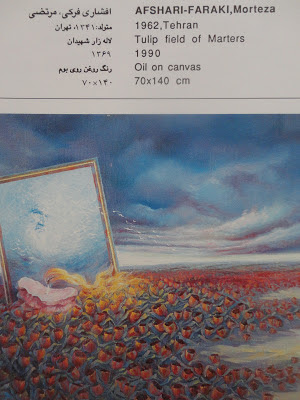 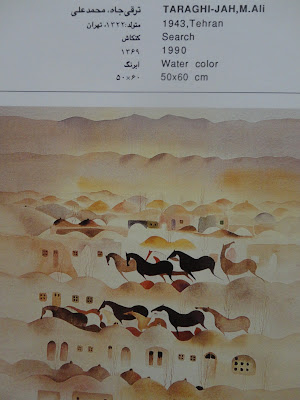 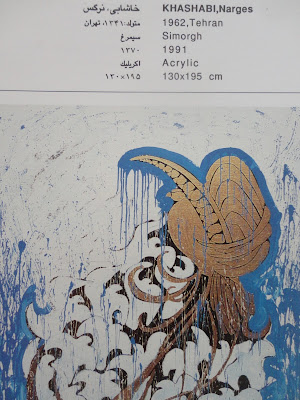 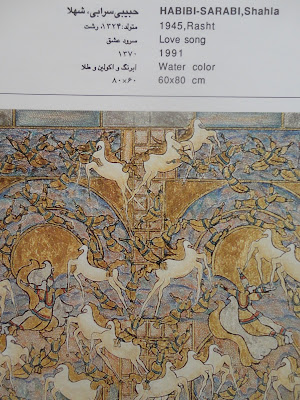 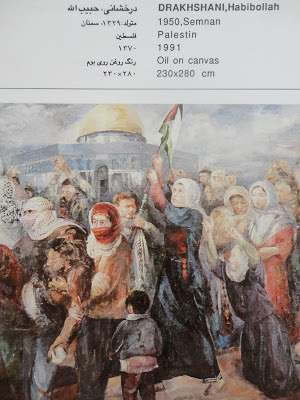 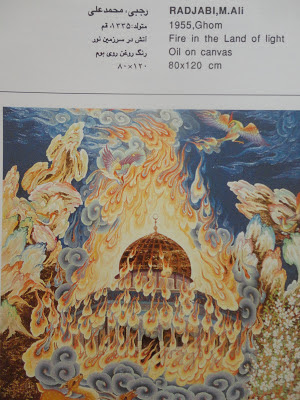 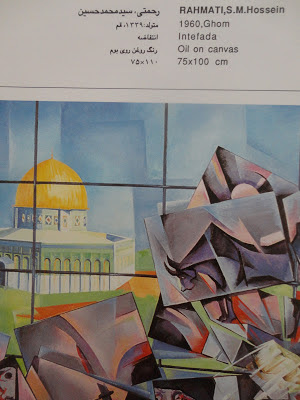 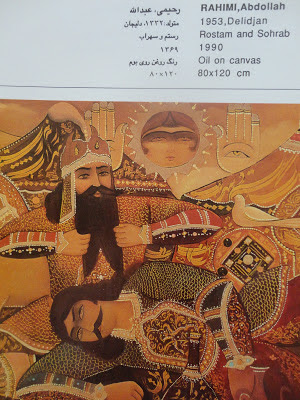 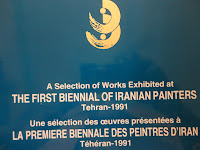 Posted by Sustainable Living Institute (SAVE) at Monday, May 20, 2013 No comments: 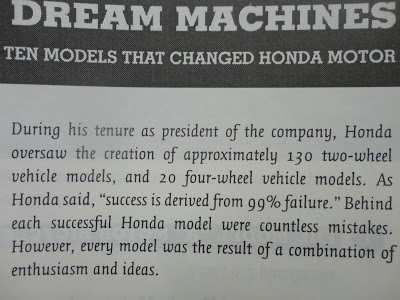 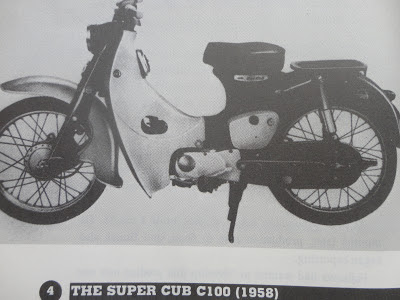 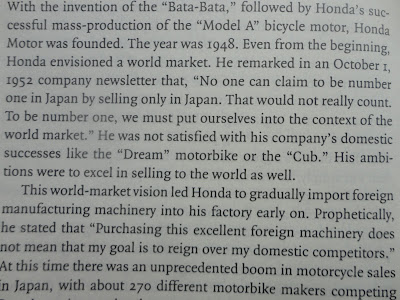 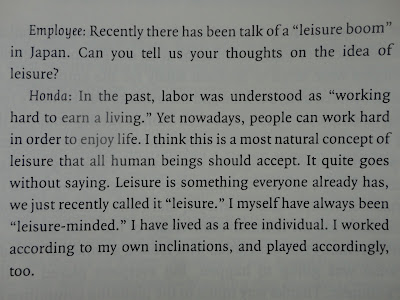 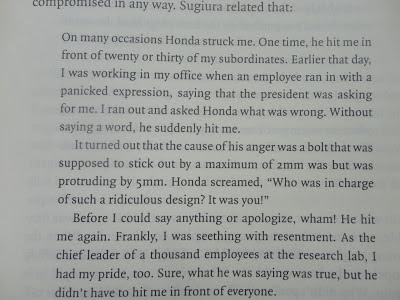 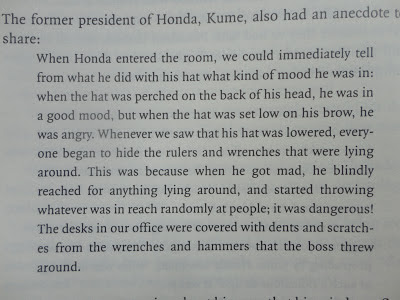 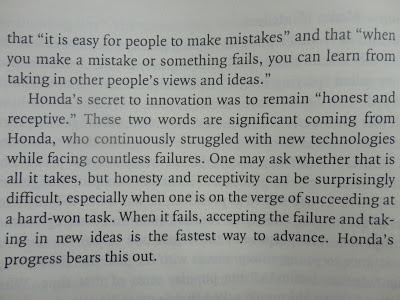 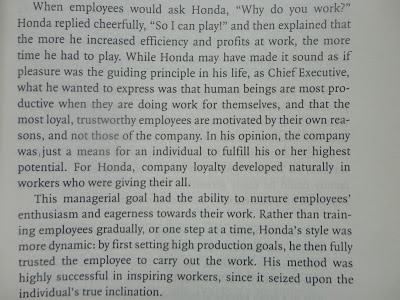 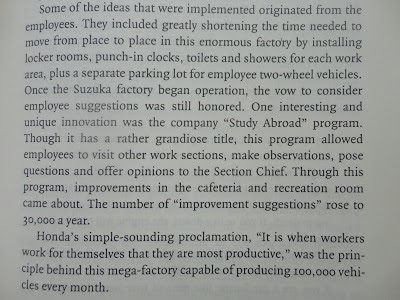 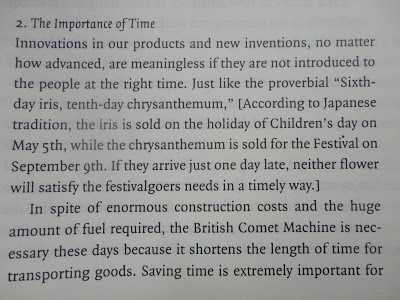 Posted by Sustainable Living Institute (SAVE) at Saturday, May 18, 2013 No comments:

Dr. Henry Heimlich of Cincinnati shows his new first aid technique for persons choking on food. The rescuer grasps victim from behind, locking his hands just below the ribcage. He then squeezes to force the diaphragm upward, compressing the lungs. This forces air back into the throat, which expels the food. 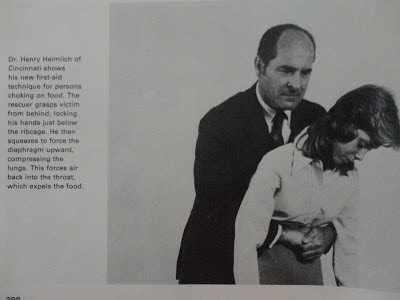 Posted by Sustainable Living Institute (SAVE) at Wednesday, May 15, 2013 No comments:

NAJIB NO BETTER THAN DOLAH


After 11x3 years of politics Najib is still oblivious to the coming of (Chinese) tsuami. He cannot  read the heart of the Chinese. They are fiercely independent people and believe in their own making to economic success.

Beyond the tidbits cajoled to them, they have their own priorities. Without outside help they can still manage well as exemplied in their school system. Much worse when they are at advanced stage of development, they feel that they do not owe BN anything.

The billions spent on adhoc giveaways is contrary to good leadership. It is abuse of taxpayers money, a large proportion  of which would come from (Chinese) businesses, manufactures, bankers, services ... Any  taxpayer will be flabergasted. If by floating money around can sway votes where is the two-third majority?

Najib is elitist. Right from the beginning he plans for great development in Klang Valley - akin to adding salt to the Dead Sea. Do  we see BN getting the votes in KL and towns? Yeah, Iskandar is bringing in tons of money. By whom? For whom? The Malays unable to cope with the onslaught, become marginalised are tempted with fast buck will sell their land. While LKS, after marauding in Penang and Perak is spreading the Middle Kingdom to Johore.

Development should be prioritized where it is needed more, the non-urbanites. It is nothing racial about it. His tongue is full of Felda much to the disgruntlement of other needy Malays. Even retired generals disgruntled and courted by the opposition.

The PRU13 saw opposition parties gaining strength in Najib's homestate. This attests his maligned acceptibility and standing among his own people. Rumours and controversies,  false or otherwise surround him and RM, his 'PERMATA' wife.

Najib calls for reconciliation. For what? For his substandard KPI outcome? Do not play the same swan song now that BN is given another chance.  Recycling  has beens is his keeping much like Dolah. The one-finger and other endless sloganeering do not transform anything, in fact the former is a 'poke eye' to borrow the army.

Automatic registration of voters will promote mass citizens' mandate, a strategic move for PRU14. The EC and leaders must see beyond the noses.

Will Dr. Mahathir fulfill his KPI on Najib?  There would be no more lainkalilah!

Posted by Sustainable Living Institute (SAVE) at Monday, May 06, 2013 No comments: 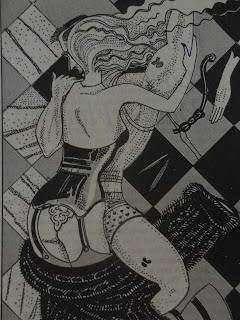 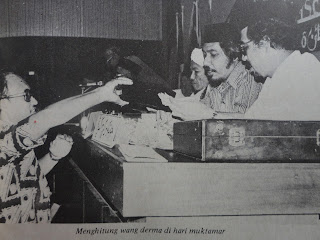 Posted by Sustainable Living Institute (SAVE) at Saturday, May 04, 2013 No comments:

One fingers (much to the delight of Najib) will decide life and death of many harbingers of politics. 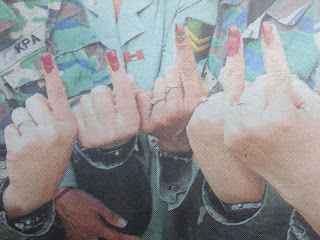 In the Kingdom of Johore, Ghani will see to it that he will hold aloft Kit Siang's head at the end of the day ending the latter's dream of Middle Kingdom. 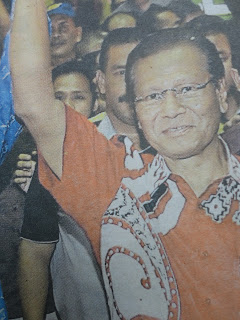 Ghani's heroic feat will be immortalised in stone placed at Gelang Patah. 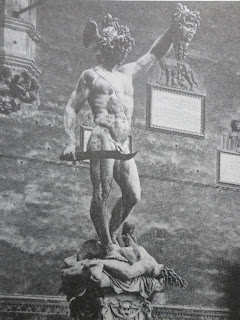 Kit Siang's remains to be interned in the Kingdom of Melaka, his origin.


Posted by Sustainable Living Institute (SAVE) at Wednesday, May 01, 2013 1 comment: