In a previous posting I wrote about a Pak Itam, a Canadian Mat Salleh aka Hj. Kadir who lives by the BOH Plantations of Cameron Highlands. 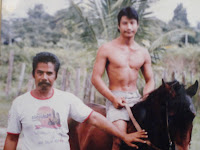 This time I want to tell about another Pak Itam that I came to know some 23 years ago by virtue of a common interest, horses. He lives at Kg. Badak at the outskirt of Kuantan and used to keep horses to herd his cows on free range.

During one of my official trips to the East Coast  I passed by his house by the roadside and saw this fine horse and stopped to enquire about it. The owner, whom I came to be introduced as Talib Awang aka Pak Itam said its name is Taba, a stallion, a buro (a breed bigger than kuda padi but smaller than the normal horse) bought from Takbai at the Kelantan-Thai border. Buro's temeperament is much better than kuda padi which tend to kick and bite. 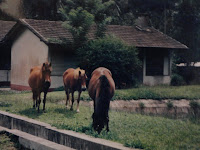 On my next trip, I bought Taba for RM800 and personally transported it in a horse trailer pulled by Pajero to Teluk Intan where I was staying then.

Some months later a female horse by the name of Rene, also a buro was bought from Kuala Terengganu and brought back to mate with Taba. They gave a number of offsprings. I also bought a kuda padi at Teluk Intan and named it Horas. Keeping the horses within the house compound was another story! Luckily the neighbours were understanding. 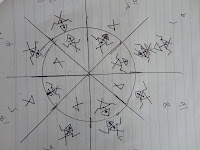 Every time I passed Kg. Badak I would stop by Pak Itam's house to listen to his silat exploits and pry his ilmu. He was a guru silat before and his dada mesti berisi.

Once I persuaded him to bring me to the nearby belukar to show me some useful plants. Apparently, he is not a bomoh because I learned only a few things about plants but he drew a diagram (L) to determine when is the best time to do important things, to war for example. I could not remember what he said about the diagram nor could I decipher it now. 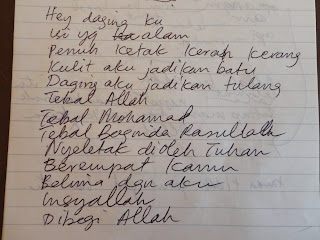 He also gave me several ilmu mempertahankan diri to memorise and practice. Under modern day situations such things are no more in vogue. Being no need of it, that traditional knowledge is being lost.

Pak Itam during his heydays is known as Talib Harimau. As a pendekar he plays a peripheral role at the palace on standby to serve the orders of the sultan. He is or was rather I could call as a model budak raja.
Posted by Sustainable Living Institute (SAVE) at Thursday, March 22, 2012 1 comment: 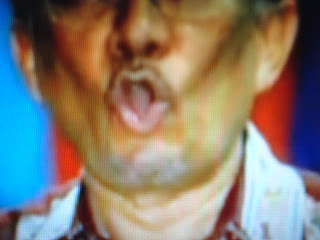 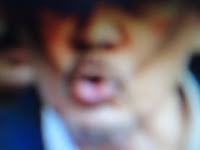 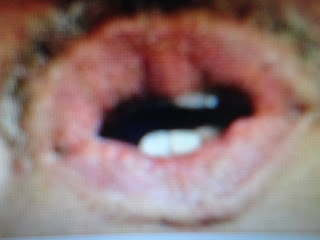 … the Indian boy's wife is a business partner of Slumberjack's daughter, whose husband is of course none other than Slumberjack's SIL. And Slumberjack is also the "Advisor" to MAS.

… one of Slumberjack's sister-in-laws (the sister of his late wife) has shares in Tune Air which is the major shareholder in Air Asia. And her shares in Tune Air are believed to be held through a proxy controlled by that Riong Kali fellow. Riong Kali is of course the business partner of the SIL in that taxpayer owned company that they hijacked from the EPF at below market prices under Slumberjack's regime... (OutSyed The Box, 14 March) 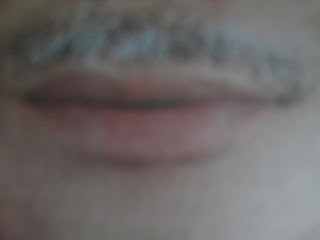 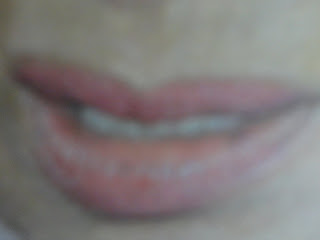 … lembu condo fiasco was never approved by Cabinet. Why? Because it was never submitted for Cabinet approval. One Minister simply signed it away, using his authority. RM250 million - just like that... (OutSyed The Box, 14 March).
Posted by Sustainable Living Institute (SAVE) at Friday, March 16, 2012 No comments:

DIRTY FARMING IS NOT DIRTY DANCING 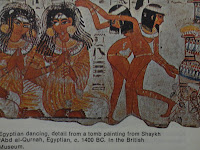 A movie "Dirty Dancing" was shown in theatres a few years ago. Being not interested in such a movie I did not watch it. Thus has no idea what it was all about.

Was it something like the Egyptian dance of 1400 B.C.? 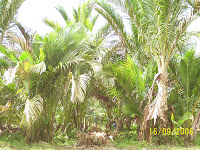 Having been exposed to various modes of multi-storeyed farming as in dusun where there is admixture of fruit trees al beit haphazard, planting cocoa under coconuts or fruit trees to sago or oil palm cropping in belukar conditions, I become a strong proponent of nature farming.

The concept is growing of niche crops to fit the natural environment with minimal changes as possible rather than change the environment to fit the crops. The latter is much practised for commercial growing of crops. 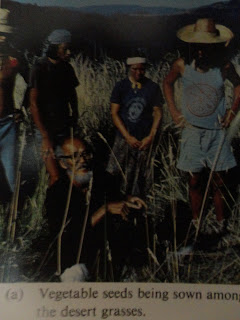 A viable approach of nature farming was scientifically developed by Masanobu Fukuoka in Japan in the seventies. His book (1985) "The Natural Way of Farming" gives a detail guide of the theories and practices involved.

This practice is one way to reduce overloading the globe with chemicals. Masanobu has been campaigning to spread out the green philosophy.

Organic farming is a form of nature farming.

Good arable is getting scarce and ways must be developed to grow crops for food and other needs. 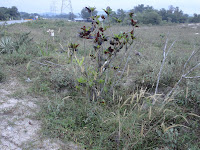 Having failed to do nature farming in a partially wooded 8ac lot due to buffalo and human disturbances SAVE turn to a desert-like sandy lot to grow limau kasturi, limau nipis and jatropha. These crops are hardy to take the used tin-mining area. The trick with jatropha growing is to intercrop with fast income generating crops. 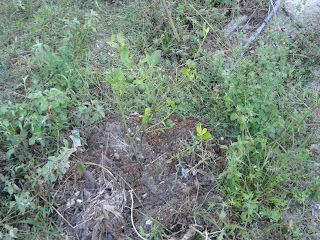 Old wood chips and other wastes are placed as ground mulch at the base of  limau kasturi to give cooling effect and provide organic fertilizer when decomposed.

Additional processed organic fertlizer is applied and the rest we leave it nature. Buffaloes roam to graze and donate dung at night in the area They do not eat the plants but belalang kunyit seems to be a problem eating the leaves to barren twigs.

Well it is too early to tell whether we could supply Tesco or the many mamak restaurants around.
Posted by Sustainable Living Institute (SAVE) at Sunday, March 11, 2012 No comments: 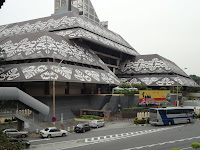 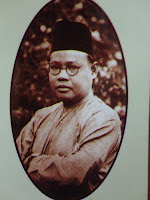 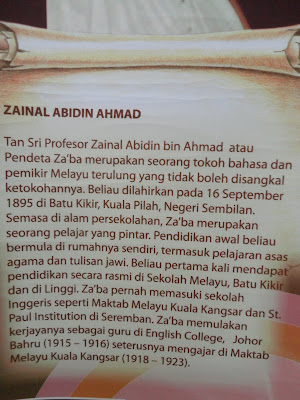 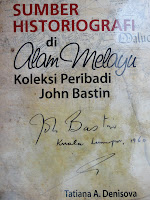 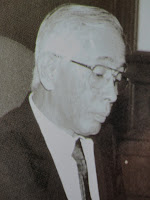 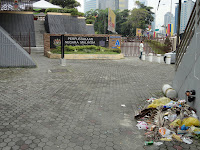