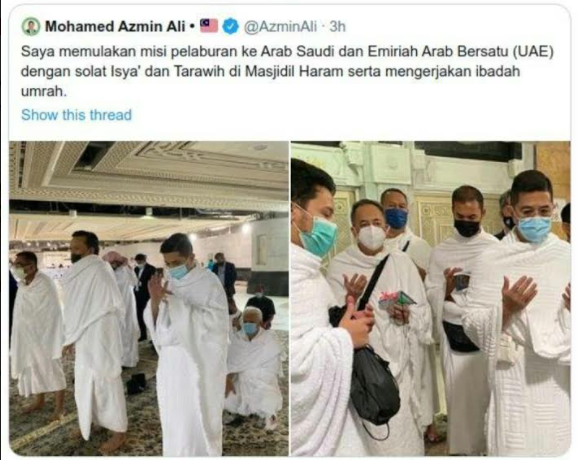 How many members of MITI's in the trade delegation? Not much work now during Covid so while the time and (tax payers') money away to reach heaven.

Well, the PM (big) delegation had been to the gateway of heaven. He got Hajj's quota increased, an achievement(?) but who wants to go there during these times?

PM said the country has no money. I did not my pension for March. What happened to RM600 billion taken from the coffers?

Posted by Sustainable Living Institute (SAVE) at Wednesday, May 12, 2021